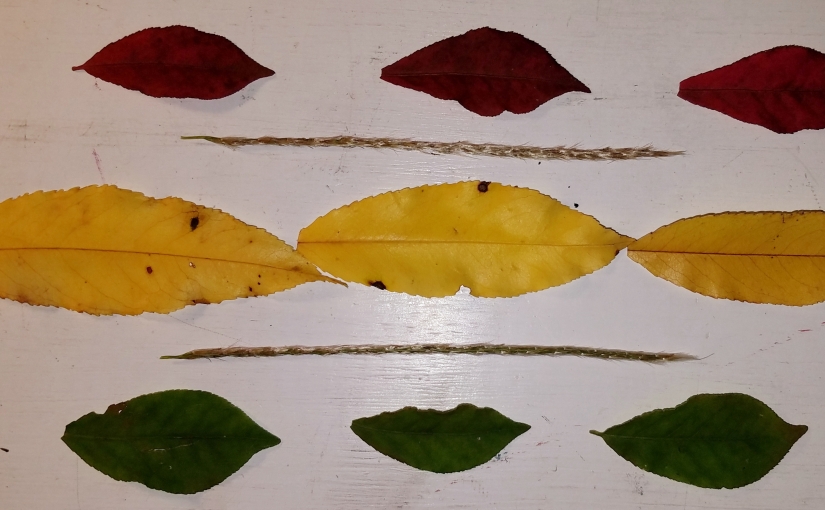 Autumn has come to our part of the world, with leaves beginning to change from greens to reds, oranges, yellows, and browns. Each season brings with it the reminder that God is faithful to his word!

He promised Noah, “As long as the earth remains, there will be planting and harvest, cold and heat, summer and winter, day and night.” (Genesis 8:22 NLT) After spending a few years on this earth, we come to expect the seasons to change, and forget that it is so because God decreed it to be so. It is another sign of his faithfulness, but we’re so busy living this life that we lose sight of it!

It seems that the Israelites, living as slaves in Egypt, lost sight of a promise God had made many years earlier. When God calls Moses and sends him to lead the people of Israel from Egypt, he tells Moses what to say to the elders. “Now go and call together all the elders of Israel. Tell them, ‘Yahweh, the God of your ancestors—the God of Abraham, Isaac, and Jacob—has appeared to me. He told me, “I have been watching closely, and I see how the Egyptians are treating you. I have promised to rescue you from your oppression in Egypt. I will lead you to a land flowing with milk and honey—the land where the Canaanites, Hittites, Amorites, Perizzites, Hivites, and Jebusites now live.'” (Exodus 3:16-17)

“I have promised…” When did God promise? Was it earlier, as he was speaking with Moses? “Then the LORD told him, ‘I have certainly seen the oppression of my people in Egypt. I have heard their cries of distress because of their harsh slave drivers. Yes, I am aware of their suffering. So I have come down to rescue them from the power of the Egyptians and lead them out of Egypt into their own fertile and spacious land. It is a land flowing with milk and honey—the land where the Canaanites, Hittites, Amorites, Perizzites, Hivites, and Jebusites now live.'” (Exodus 3:7-8)

No, the promise itself came generations earlier, when God was speaking with Abram! “Then the LORD said to Abram, ‘You can be sure that your descendants will be strangers in a foreign land, where they will be oppressed as slaves for 400 years. But I will punish the nation that enslaves them, and in the end they will come away with great wealth.'” (Genesis 15:13-14)

Did the Israelites have their sights set on their upcoming freedom, knowing they had been in Egypt for over 400 years? Nope. They cried out to God about their troubles and sufferings under harsh slave drivers. Then when Pharaoh increased their burden, they became even more discouraged, and refused to listen when Moses shared God’s promise of soon-coming freedom. They were too focused on their present circumstances to see anything beyond (see Exodus 5:17-6:0).

I am so thankful that our inabilities to stay focused on his promises do not in any way affect God’s faithfulness to His Word! Exodus 12:40-42 tells us, “The people of Israel had lived in Egypt for 430 years. In fact, it was on the last day of the 430th year that all the LORD’s forces left the land. On this night the LORD kept his promise to bring his people out of the land of Egypt.” **

God kept every one of his promises to the Israelites, and he has not changed since then. He tells us, “I am the LORD, and I do not change.” (Malachi 3:6) He is still just as faithful to his word as he was then!

Your Heavenly Father loves you dearly, my friend. Rest in his peace and trust in his unchanging character.

**Why 430, and not 400? Joseph’s generation had moved the family to Egypt to escape famine while Joseph was second-in-command of the whole country. The Israelites didn’t become slaves until later, when their numbers began to worry the new Pharaoh.

If this post has encouraged you, please consider sharing it with others!